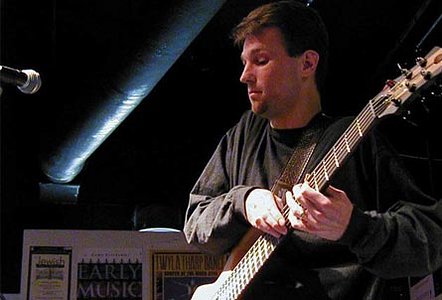 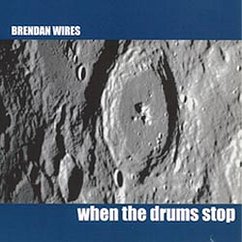 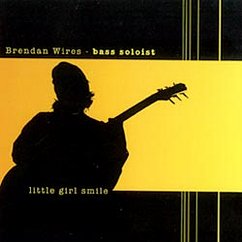 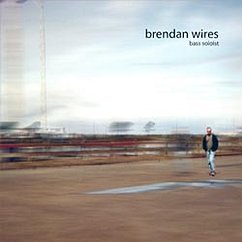 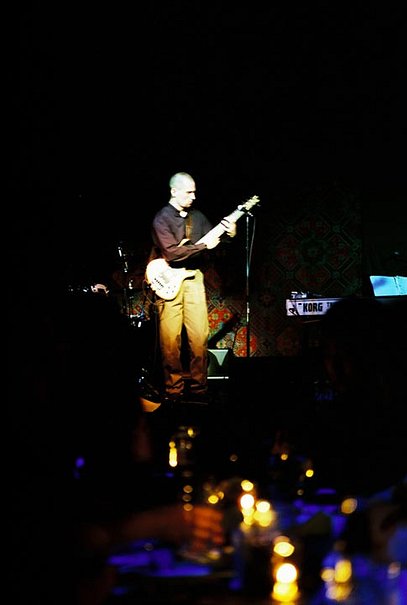 So far I've recorded three solo records (CDs).  All three are mostly composed of live recordings.
My last record is from 2006. Thanks to everyone who has purchased my recordings over the past several years. For those of you who have requested or inquired about a new record,
I'm hopeful that I can complete something soon.

"Hard to imagine this is just one man playing one instrument: the electric six string bass. Wires' playing is seamless and seemingly boundless ..."
- The Victory Review

"Set aside the stunning fingerwork and virtuosity, Brendan's gorgeous sound is the most original thing I've heard in decades ..."
- Pacific Jazz Review

"Like zombies, people wandered across the fesival grounds when their senses became aware of the unusually intoxicating and rhythmically complete solo bass performance ..."
- Two Louis Magazine

"Bass solos that you'll want to stick around to hear ..."
- The Spectator

"An entirely unique soloist, Brendan speaks with his 6 string bass
like no one I've ever heard. A moving musical performer ..."
- Beyond Bassics

WHEN THE DRUMS STOP

Recorded at Deepsleepr Studios October 2001 except track 6 which was recorded live at the Pink Door (Seattle, WA) on October 23, 2001.

After playing trumpet for years, I started on the bass guitar in 1981-82. I quickly fell in love with it. I studied with some exceptional private instructors, and performed in the Jr. High School, High School and College competition jazz bands. I threw myself into as many band situations as I could.

Over many years, I played in countless bands and performed in most of the Seattle area clubs and bars - many of which are no longer in operation. I remember feeling like I had hit the the big-time at my first gigs at places like the Vogue, the Far Side, the Offramp, the Crocodile and the Ballard Firehouse. In many cases, I was still under-age, and recall that I had to make a B-line between the backstage area (often an alley) and the stage, or I would get into trouble. I never personally tested that threat - but I had friends who did, and nothing ever happened to them. I remember having so much fun with my bandmates at that time.

In 1991, I started doing solo bass gigs. I loved playing around with melodies, harmonies, improvisation, and finding ways to to get all three to come alive through a bass guitar.

25+ years later, and I'm still discovering ways to do that.

If I was describing my music to someone who hadn't heard it, I'd say that I probably borrow most heavily from Stanley Jordan, Stuart Hamm, Michael Manring, Michael Hedges, Bill Evans, Keith Jarrett, Pat Metheny, Stan Getz and Motorhead. Blend it all together, send it through the bass channel, and press "play".

After 25+ years of performing solo bass gigs, I've been fortunate to play at some great venues and events. Thanks to all the of the talent buyers, booking agents, event coordinators and business owners, who have taken a chance on a solo bass player. Below is a list of a just few of the cool places at which I've performed over the years.